Ordination of Women in Poland

By lcigb9 November 2021No Comments 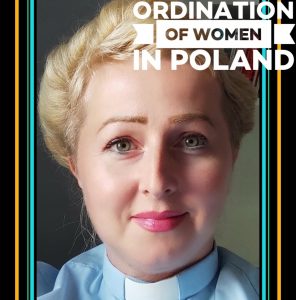 The LCiGB and the Council of Lutheran Churches asked pastor Paulina Hławiczka—one of our Polish-born priests in the Lutheran Church in GB—what it means to her and her colleagues that the ordination of women to the priesthood is now possible in Polish Lutheran church too.

This is a real Revolution! We have been waiting and fighting for it for the last 70 years! Women will now finally be allowed to become priests and even bishops. In Polish language we don’t have enough words for it 😉 Meanwhile, this is neither political correctness nor chasing new fashions. Women in the role of a clergyperson is not a surprise at all, and it is well accepted in many Christian protestant churches in the world.

In God’s eyes, all people are equal, “There is neither Jew nor Gentile, neither slave nor free, nor is there male and female, for you are all one in Christ Jesus”. /Galatians 3:28/

In a secret vote on Saturday, October 16, a large majority of the Lutheran Synod of the Evangelical Church of the Augsburg Confession in Poland approved the ordination of women, which will be implemented from the start of 2022. 45 members voted in favour, with only 13 against.

Ahead of the decision, representatives of the Synodal Women’s Committee, which had requested the vote, showed a film entitled “Why Yes?” presenting arguments in favour of allowing women to serve as pastors. In 1999, women were allowed to be ordained as deacons, meaning they could conduct baptisms, marriages and funerals. In 2016, most members of the synod voted in favour of allowing the full ordination to the priesthood, but it was not enough to reach the required 2/3 of the General Synod. Shortly after that women however have been given more duties, even the one of the Holy Communion consecration and distribution, or sharing the same clerical liturgical colours as men, but without accepting their full leadership and administrative oversight. This created an even bigger gap between the genders. Doing all the jobs, why would they be not worthy enough to receive the whole title, office and responsibility? It brought many discussions up and helped to move forward. We have been mistreated, silenced and misused for many years. Allowed to study towards full master diplomas, we could not answer questions such as: why did you not marry during the last five years, what’s wrong with you? We could send you to a parish with a pastor, and all would be sorted. Or, why is it not enough to become a deacon or a deaconess and serve in the diaconal field, why do you strive for more? It is already a lot we allow you to do… 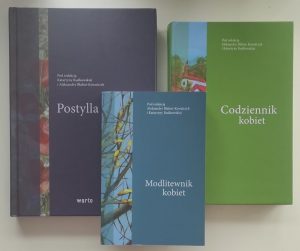 Praise the Lord, for we know we did not waste our time. In the years we have been silenced most, we came to a conclusion that we should write to the nation rather than speak or shout. The outcome was wonderfully blessed, we became best selling authors! We‘ve never dreamed our written voice will be so much needed, heard, printed, sung, shared and advertised!